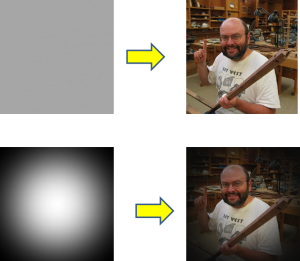 Figure 1: Illustration of the effect of nonuniform illumination. The image appears darker at the edges because the illumination is not uniform.

Another source of non-uniformity is the detector itself. The characteristics of every pixel are not identical. A reasonable model for the camera's response is $ P_i = R_{i} I_i + D_i + \epsilon_i $, where $ P_i $ is the pixel value recorded by the camera for the ith pixel; $ R_{i} $ is the responsivity of the ith pixel; $ I_i $ is the intensity of light incident on the ith pixel; and $ D_i $ is the dark level of the ith pixel; and $ \epsilon_i $ is a noise term that represents random observational error. The dark level and responsivity of each pixel are slightly different, so the camera will produce a range of output values even if the image is perfectly uniform or even completely dark.

These problems can be largely eliminated through a technique called flat-field correction or shading correction.

The value of each pixel in the image is equal to $ R_i $ combines the effects of nonuniform illumination and pixel-to-pixel variation in the camera's response.