This is Part 2 of Assignment 1. 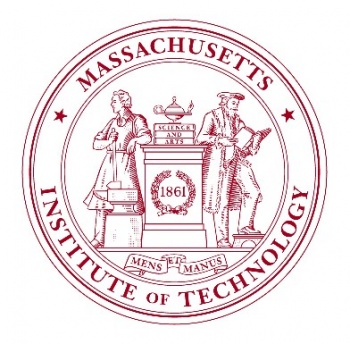 You got your mens in my manus.

You got your manus in my mens.

Welcome to the '309 Lab! It's time to get your hands dirty — time to get a little mens in your manus. Step one: go to the lab. (If you are already in the lab, proceed to the next step. By the way, your hands shouldn't be dirty. That's just an expression. If your hands really are dirty, then wash them with soap and water. You are going to be handling sensitive optics!)

Before you get started, take a little time to learn your way around. 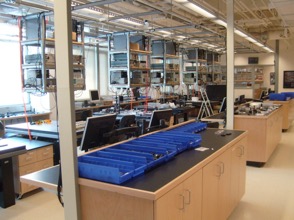 The 20.309 lab contains more than 15,000 optical, mechanical, and electronic components that you may choose from in order to complete your assignments throughout the semester. You can waste a lot of time looking for things, so take a little time to learn your way around. The floor plan below shows the layout of rooms 16-352 and 16-336. When you get to the lab, take a walk around, especially to the center cabinet, west cabinet, and west drawers. Go everywhere and check things out for a few minutes. Read the time machine poster near the printer. Discover the stunning Studley tool chest poster near the east parts cabinet.

You probably noticed that many components are filed in boxes labeled with a sequence of letters and numbers. A company called Thorlabs manufactures the most of the optics and optical mounts you will use. The lab manuals frequently refer to components by their part number, which is usually one or two letters that have a vague relationship to the name of the part, followed by a couple of numbers. For example, the Thorlabs part number for a certain type of cage plate is "CP02." Thorlabs makes many kinds of cage plates, each with a subtle variation in its design. All of the cage plate part numbers starts with the letters "CP," followed by some numbers and in some cases a letter or two at the end. The Thorlabs website has an overview page of various kinds of cage plates here. Googling "Thorlabs CP02" is a quick way to get to the catalog page for that part.

To the untrained eye, many of the components in the lab are indistinguishable. The picture on the right shows just one example of strikingly-similar-looking bits. Take care when you select components from stock. Students sometimes return components to the wrong bins. Use even more care when you put things away. It is helpful to sing the One of These Things is Not Like the Others song from Sesame Street out loud while you are putting things away to ensure that you don't make any errors. (For the final exam, you will be required to identify various components while blindfolded.) 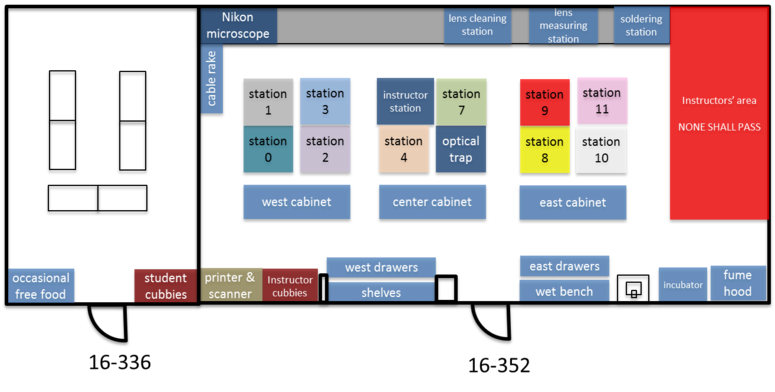 Note that Station 9 is now the "Instructor Station," and the previously labeled instructor station is now "Station 5" and available for your use.

See! Wasn't that a worthwhile journey?

Make your way to the lens measuring station. Measure the focal length of the four lenses marked A, B, C, and D located nearby.

Exercise 2: imaging with a lens 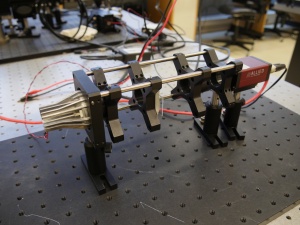 Make your way to the pre-assembled lens setup that looks like the thing on the right. You will be using similar parts to build your microscope, so take some time to look at the construction of the apparatus. Identify the illuminator, the object (a glass slide with a precision micro ruler pattern on it), the imaging lens (a, f = 35mm, biconvex lens mounted in a lens tube), and the camera (where the image will be captured). All of the components are mounted in an optical cage made out of cage rods and cage plates. The cage plates are held up by optical posts inserted into post holders that are mounted on an optical breadboard that sits on top of a vibration reducing optical table. You can adjust the positions of the object and lens by sliding them along the cage rods.

In this part of the lab, you will use this simple imaging system with one lens to compare measurements of the object distance $ S_o $, image distance $ S_i $, and magnification $ M $ with the values predicted by the lens maker's formula:

Figure 1: Side view of the Manta G-040 CMOS camera. The detector is recessed inside the body of the camera, 17.5 mm from the end of the housing. The detector comprises an array of 728x544 square pixels, 6.9 μm on a side. The active area of the detector is 5.02 mm (H) × 3.75 mm with a diagonal measurement of 6.3 mm. The manual for the camera is available online here.

Figure 2: Noise measurement experiment. The cameras in the lab produce images with 728 horizontal by 544 vertical picture elements, or pixels. For each picture, the camera measures the intensity of light falling on each pixel and returns an array of pixel values $ P_{x,y}[t] $. The pixel values are in units of analog-digital units (ADU).

Suppose you pointed a digital camera at a perfectly static scene where nothing at all was changing. The camera didn't move at all, the objects in the scene were perfectly stationary, and the lighting stayed exactly the same. To continue the thought experiment, say you took, oh, 100 successive pictures of the static scene at regular intervals — pretend you were entering contest to make the dullest movie ever made. In an ideal world, you would expect that every single frame of your boring movie would be exactly the same as all the others. Figure 2 depicts the structure of a dataset generated by this thought experiment as a mathematical function $ P_{x,y}[t] $. Stated mathematically, the numerical value of each pixel in all 100 of the images would be the same in every frame:

where $ P_{x,y}[t] $ is the the pixel value reported by the camera of pixel $ x,y $ in the frame that was captured at time $ t $. The square braces indicate that $ P_{x,y} $ is a discrete-time function. It is only defined at certain values of time $ t=n\tau $, where $ n $ is the integer frame number and $ \tau $ is the interval between frame captures. $ \tau $ is equal to the inverse of the frame rate, which is the frequency at which the images were captured.

You have probably already guesses that, IRL, this doesn't happen. (Spoiler alert.) The 100 frames would not be identical. We will talk in class about why this is so. For now, let's just measure the phenomenon and see what we get. As long as you are in the lab, it's a pretty easy task to set up a static scene, take 100 pictures of it, and then compute how much each pixel varied over the course of the movie. Any variation in a particular pixel's value over time must be caused by noise of one kind or another. Simple enough. (An alternate way to do this experiment would be to simultaneously capture the same image in 100 identical, parallel universes. This would obviously reduce the time needed to acquire the data. You are welcome to use this alternative approach, if you like.)

Capturing an image involves measuring light intensity at numerous locations in a plane in space. The Manta G-040 CMOS cameras in the lab measure 396,032 unique locations during each exposure. Every one of those measurements is subject to noise. In this part of the lab, you will quantify the random noise in images made with the these cameras, which are the same ones that you will use in the microscopy lab. 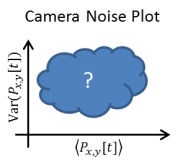 Figure 3: Pixel variance versus mean mystery plot. Can you stand the suspense?

We need a quantitative measure of noise. Variance is a good, simple metric that specifies exactly how unsteady a quantity is, so why not give that a try? (In case it's been a while, variance is defined as $ \operatorname{Var}(P)=\langle(P-\bar{P})^2\rangle $.)

So here's the plan:

Plotting the data this way will reveal how the quantity of noise depends on intensity. With zero noise, the plot would be a horizontal line on the axis. But you know that's not going to happen. How do you think the plot will look? This boring movie is getting more suspenseful all the time! I hope it doesn't have a scary ending.

Set up the scene and adjust the exposure time

If you ever want to plot your own histogram from a saved image, here is some example MATLAB code to do just that:

Once you are set up correctly, make a movie and plot the results using the procedure below:

When you're done, please slide the object and lenses back to where you found them at the start of the lab exercise. Make sure you have all the relevant plots and/or data saved, then clear the MATLAB workspace for the next group using the command clear all.